When it became clear that their current house was suffering from subsidence issues, Paul and Betty Gilbody decided the best course of action would be to demolish the existing property and build something new in its place. The dated chalet bungalow had an odd layout where it had been extended many times throughout the years, so the pair felt that starting from scratch was the sensible option. 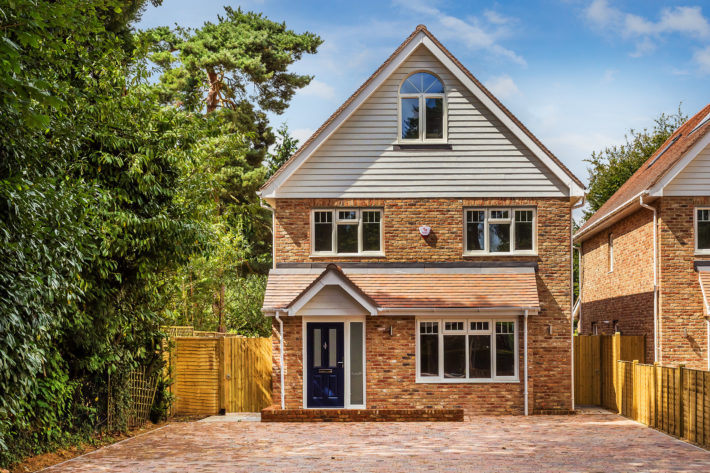 The neighbouring land had recently been developed with two new homes constructed, they took inspiration from this and began to put their ideas onto paper. Their proposal wasn’t too dissimilar to the houses next door but with a few key details changed to improve upon the aesthetic and layout. The couple wanted to maximise the limited available space on the plot and were able to cleverly design two generously-sized family homes to fit on the narrow site. 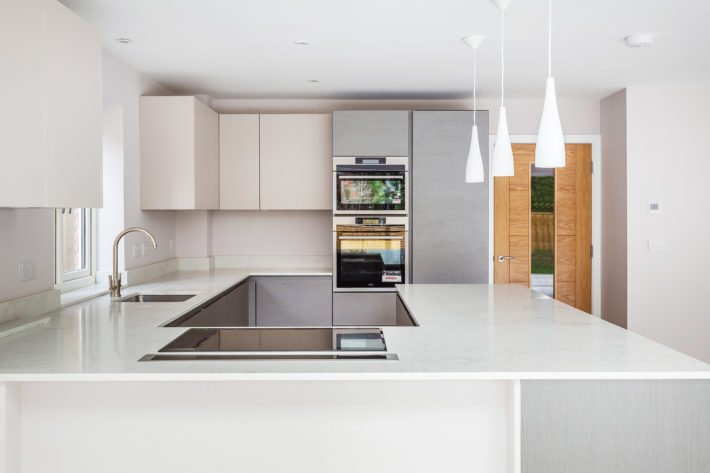 Unfortunately, the planning process was not as simple as they had hoped; their initial application was rejected after objections were made by a local councillor. They made contact with a planning advisor who helped push through their neighbour’s application but the local council were still reluctant to give approval. Finally, after a lengthy battle and an appeal, they were granted permission and were able to move forward with the project. 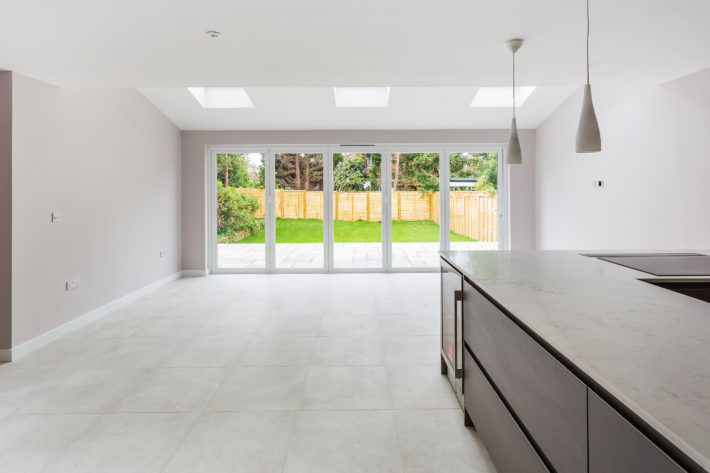 Full-time work meant that the couple wanted a ‘turnkey’ solution and so appointed a main contractor to carry out the works. The houses were originally to be constructed of bricks and mortar, but when the relationship with the builder didn’t work out and they parted ways before commencement, Paul and Betty had to look elsewhere. 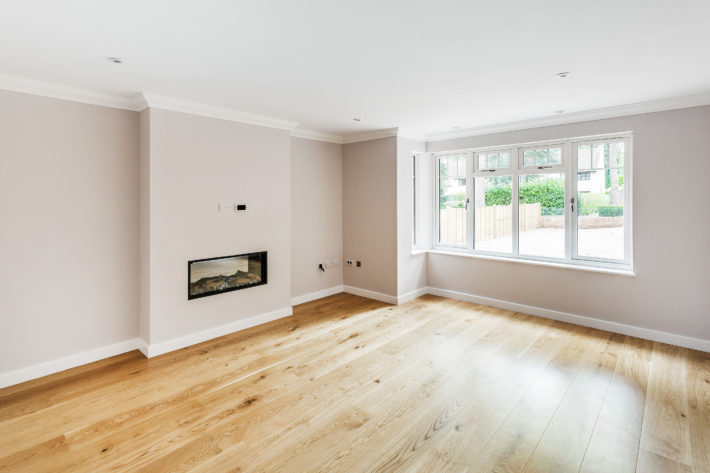 They visited a local homebuilding exhibition and met Scandia-Hus. They liked the team’s professionalism and after meeting managing director Derek decided to continue the scheme with Scandia. Derek was able to convert the plans to timber frame and partnered up with the pair to assist with the project financially, the development becoming a joint venture between the Gilbodys and the company. 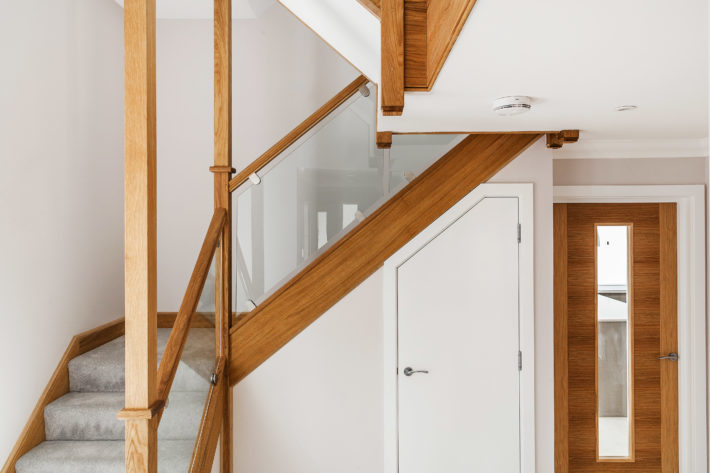 A Scandia project manager worked on the material specifications and organised the trades to work on site. The couple wanted a low-stress approach and so were happy for the experts to do the leg work for them. All decisions were signed off by Paul and he regularly visited the build to check on progress. 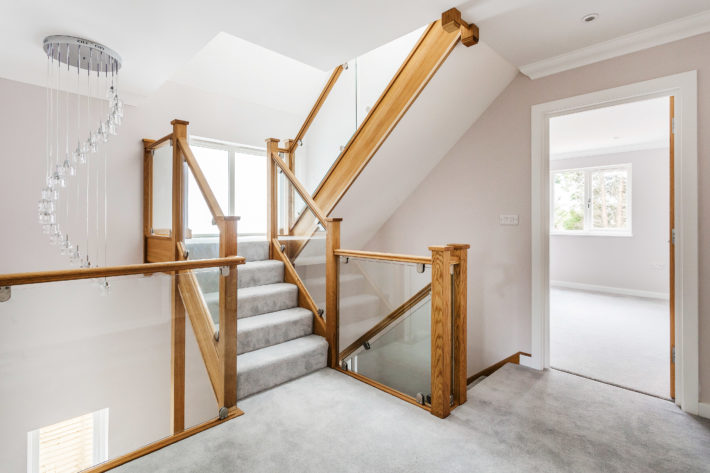 Due to tree roots on the land making the ground unstable, raft foundations were used, a solution devised by Derek to save having to pile which would have been an expensive route to take. The timber frame structure was then swiftly erected atop these foundations and made watertight. Seeing the amount of space materialise was a highlight of the process for Paul and Betty. 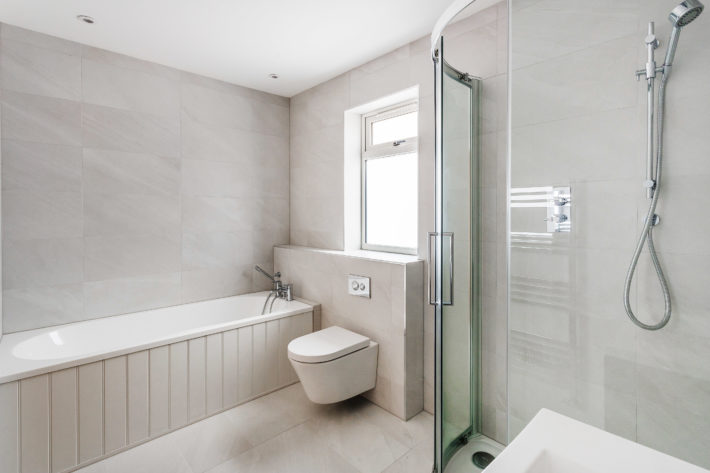 The parallel properties were built simultaneously with trades shared across the site, this was the most economic approach and enabled the project to keep to a short timescale, taking less than a year to complete. 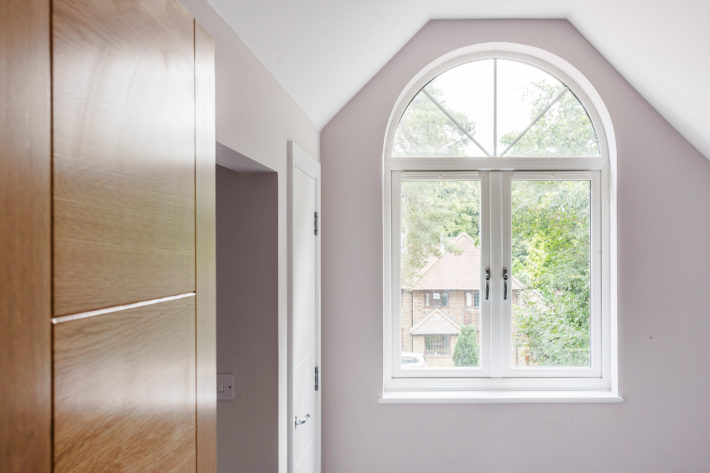 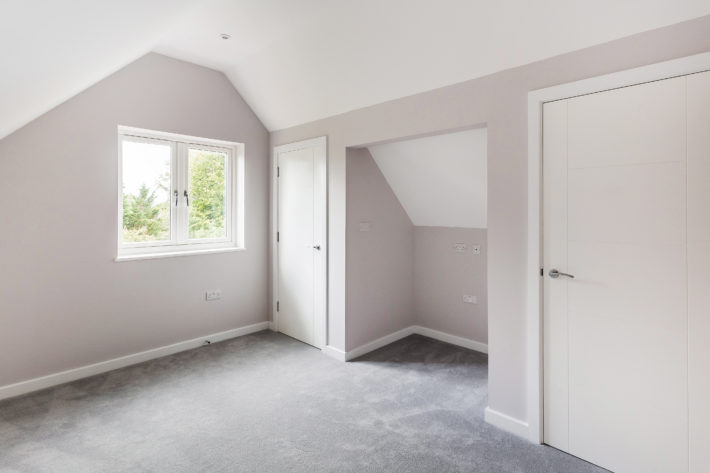 The Velux roof lights at the back of the properties highlight Paul and Betty’s favourite features – the fantastic kitchen / dining / family rooms. This glazing coupled with the bi-fold doors spanning the rear maximises the light in the sleek and stylish hub of the home. The open plan family rooms lead directly to the low maintenance gardens, stunning spaces perfect for modern living. 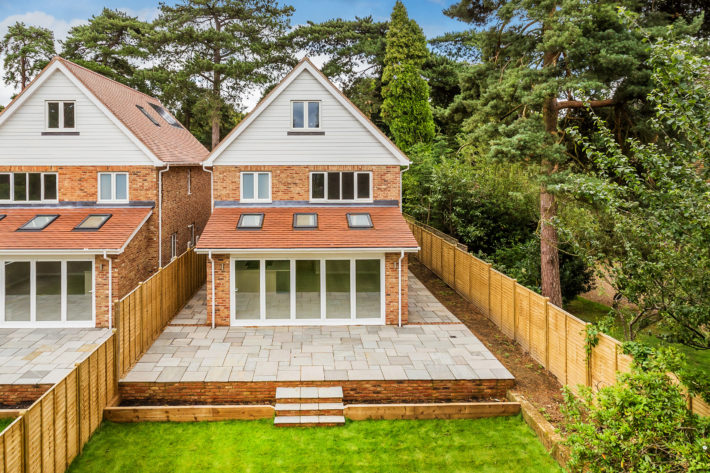 With Scandia-Hus levels of insulation, underfloor heating throughout, solar PV panels on the roofs and electric feature fireplaces, there’s no doubt that the new owners will be comfortable and warm in these beautiful looking homes.