Mr & Mrs Gunn stumbled across an advert from Savills for a derelict cottage in the Hunts Post. Not strangers to building, the Gunn’s had already added an extension and built a double garage on their previous home. They had always been interested in building their own home so when they saw the advert, they started looking into it more seriously. 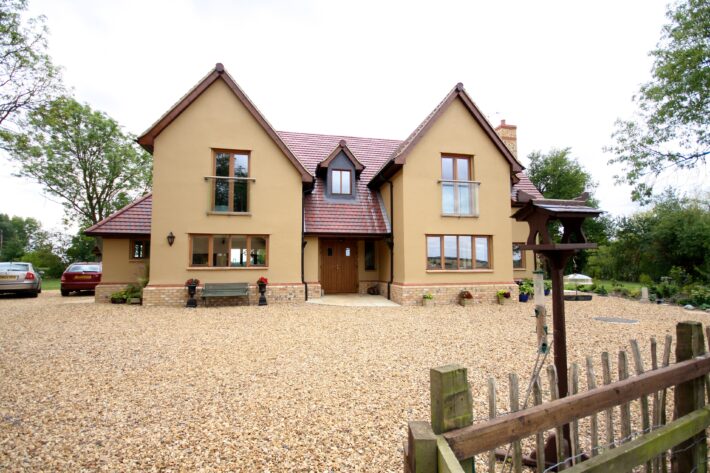 The plot had been built on pre-1864 and was a smallholding including beer outbuildings etc. The plot became available due to the owner passing away. She was an animal loving widow who, it transpired in her will, had left her estate to four different animal charities. The home then remained vacant for 18 months. The Gunn’s decided to take a look at it although at this stage they were unsure about where to live and what they wanted to do. They had just cleared their mortgage but having seen the plot, they couldn’t resist so it was off to the bank to apply for a new mortgage!

Sealed bids in excess of £165,000 were asked for. The Gunn’s decided to place a bid just under the reduced temporary stamp duty of £220,000 and put their house on the market. The original bid was unsuccessful but, to their delight, they later received a call from Savills telling them that, if their bid still stood, they could buy the plot. They confirmed their bid and the plot became theirs. The plot was sold with planning permission but they hated the design put forward and knew they wanted to design their home themselves. They had already been in contact with Scandia-Hus and had liked the Courtfield design but wanted to make various changes to it. Working with Cameron McMillan, they came up with a design they were thrilled with. The plot is surrounded by beautiful countryside and it was crucial to the design that every room benefited from the views. 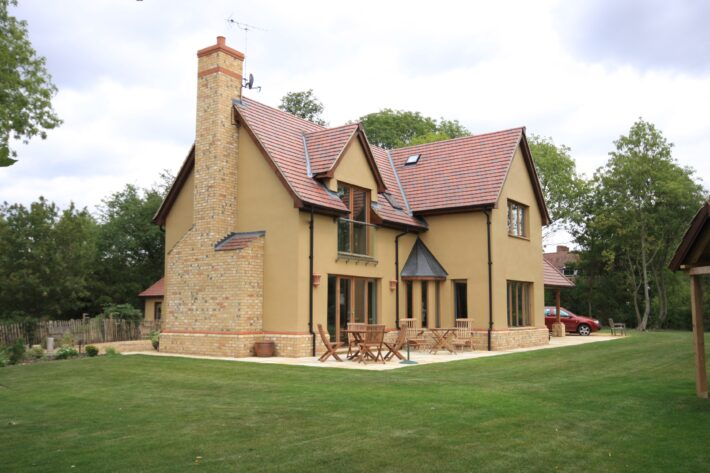 In the meantime, their house had found a buyer who didn’t want to move in for some time. They took advantage of this ideal opportunity and agreed to sell it and then rent it off the buyer for 18 months allowing the buyer to get the house they wanted without leaving it vacant and giving the Gunns somewhere to live (their home!) whilst the building work took place. They lived just 15 minutes away from the plot so could be hands on throughout the build process.

With the plans submitted to planning, they were told it was going to be put up for refusal. They were told they would only be able to build to half the current size. They arranged to meet with the committee before the decision was reached. Cameron joined them for their maximum allocation of 2 minutes 45 seconds with the committee. They put their case forward emphasising the environmental elements going into the build – including the use of a ground source heat pump and of rainwater harvesting. They arranged for a site visit so a decision could be made. Eventually, despite all the hurdles, planning was granted and they could finally start building. 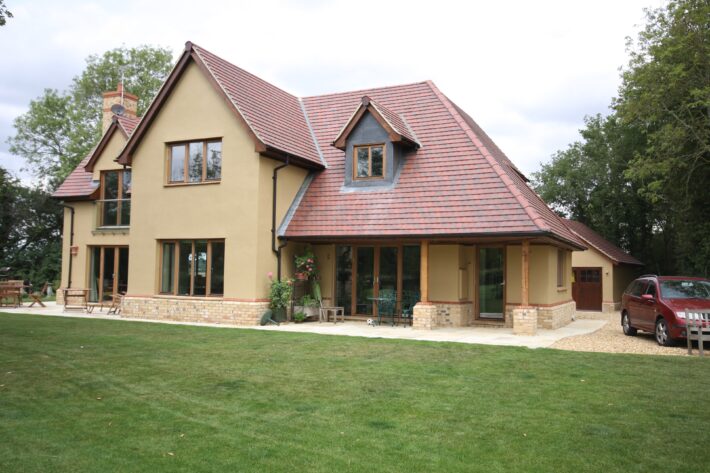 The builders they chose to use had recently finished building a Scandia-Hus house and came highly recommended. The Gunns were delighted with their choice. The first job was to get rid of the existing cottage, which Savills had advised would cost approximately £6,000 to demolish. However, the Gunns were approached by somebody who wanted the materials from the cottage. They agreed that they could keep them if they knocked it down for free.

The site was cleared by the last week of November and work began in earnest in December. The project was managed by a combination of Cameron, the Gunns and the builder. The foundation for the main house was on Oxford clay. The council insisted on a full survey and the NHBC wanted an additional survey regarding the soil type. The foundation consists of a three-metre reinforced concrete ring. They had to allow an area of 6,500 litres for the rainwater harvesting and had to have another large hole for the soakaway. 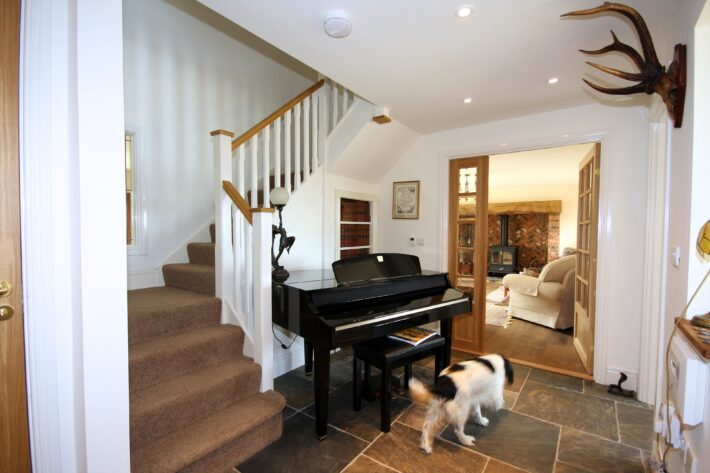 The Gunns moved into their completed beautiful home and were totally enamoured with it. As soon as you enter the living room you are greeted by a stunning inglenook fireplace. They managed to keep a brick from the original cottage, which had a cat’s paw print in and included that in the brickwork. Other rooms include a large study, cloakroom with automatic lighting, beautiful kitchen and utility room, a dining room with curves creating an unusual but intriguing quality and clever use of feature lighting. The second floor contains the master bedroom with a glamorous marbled en-suite, two further large bedrooms and a large family bathroom.

There is no doubt that this house has been built to take in the breathtaking scenery and this it does in abundance. As you walk through the house there is not a window that doesn’t have something different to offer from the beautiful countryside. Even the bedrooms have charming Juliet balconies. Every window tells a different story and you can just imagine the pleasure the Gunns will have taking in every changing season. 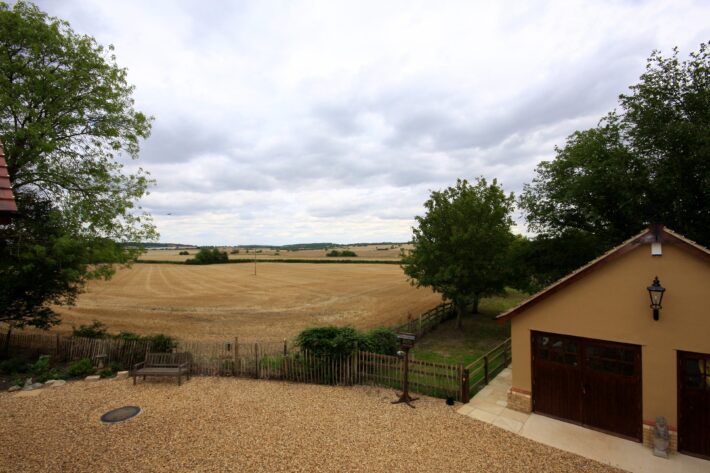