Mr & Mrs Searles spotted an opportunity to build their dream home when they bought a property and land in their village. The couple had lived in the village for 30 years when the owner of the property passed away and, as a consequence, they were able to buy the property and the surrounding land. 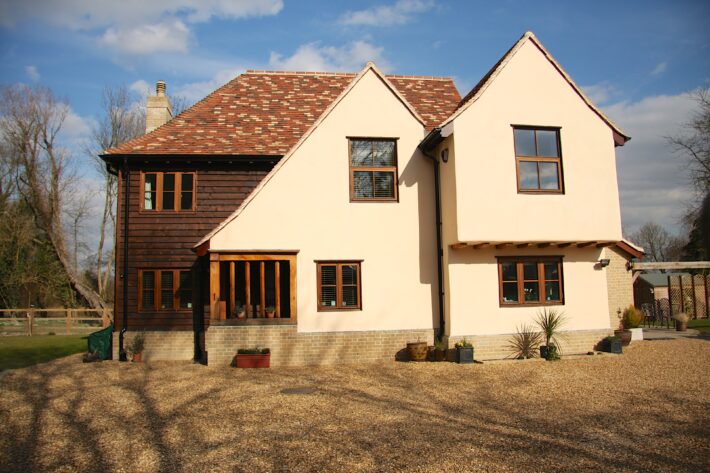 There were big restrictions regarding the planning regulations for the plot as, although it had been part of the village for hundreds of years, it was outside the village framework and deemed to be in the countryside with restrictions to limit new building. If permission to do anything were to be granted, it would be to build a replacement house with a maximum size increase of 15%. 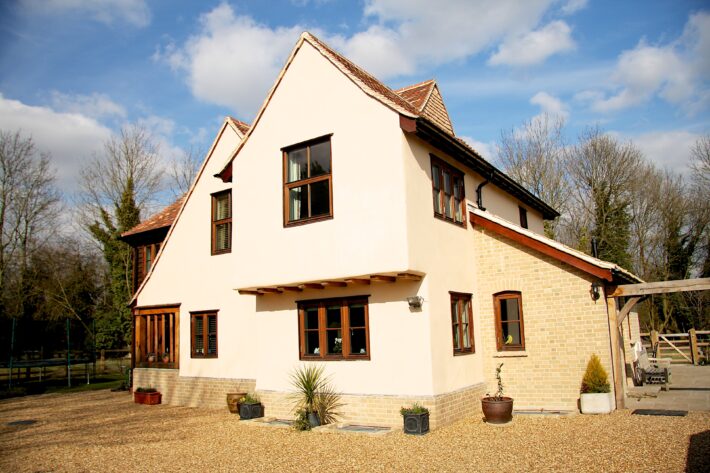 The house was to be built with their retirement in mind. They had extended houses previously but this was the first time they had ever self-built and the first time they lived in a brand new house. They were used to living in older houses and they wanted the new home to have a traditional feel. 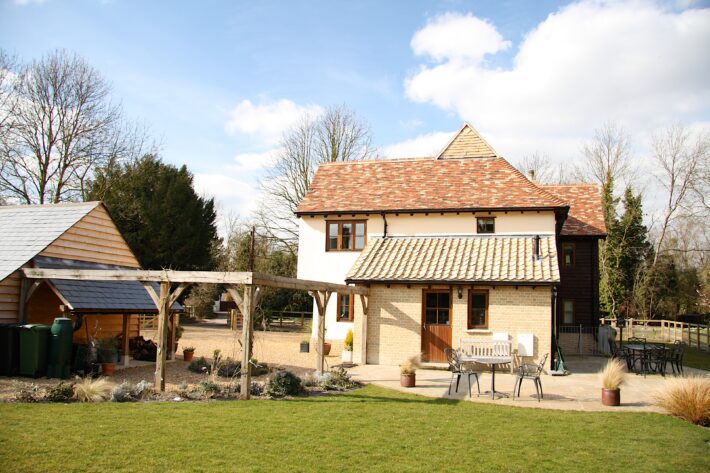 The Searles knew they wanted a timber-frame house and decided on Scandia-Hus. They went for a bespoke chalet bungalow design and Scandia-Hus drew up plans together with the Searles to meet their requirements. These plans were first submitted for an informal consultation but they were told they would not be approved as the building was too large. Scandia-Hus modified the plans accordingly and they were submitted for approval. They went to full committee with the planning department and committee coming to do a site visit. The planning committee rejected the application as they wanted a design more in keeping with the countryside location. 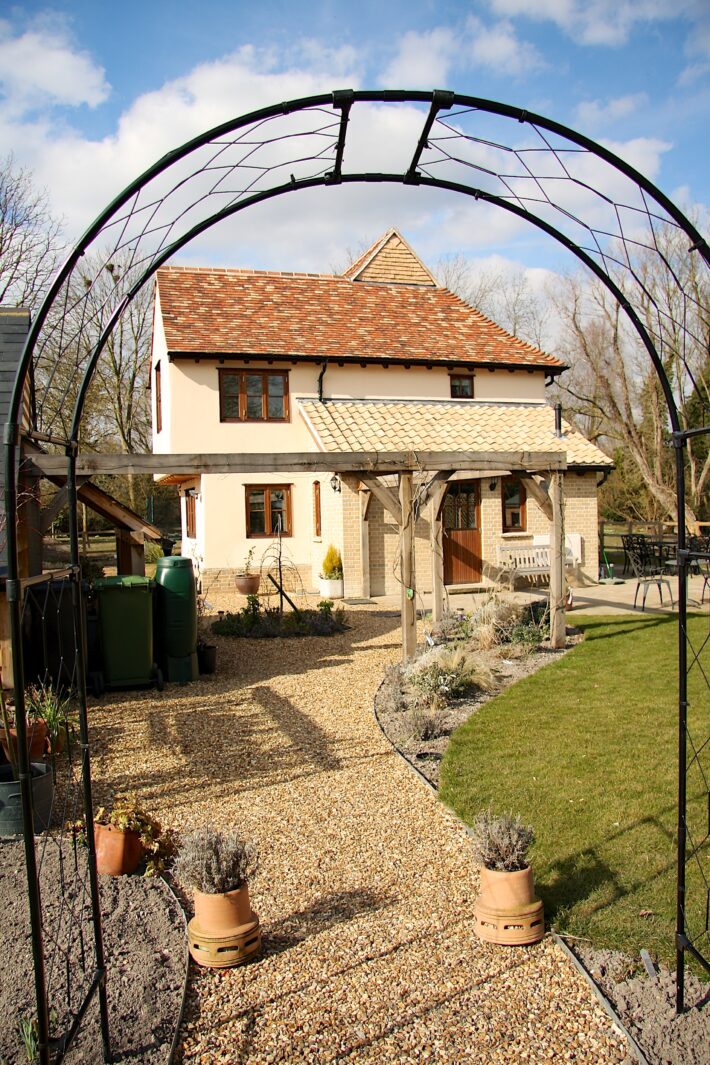 The final design, which was sympathetic to the local vernacular with dual aspect windows throughout and a basement for storage, met with the Searles’ wishes and finally, the plans were approved under delegated powers and building could commence. 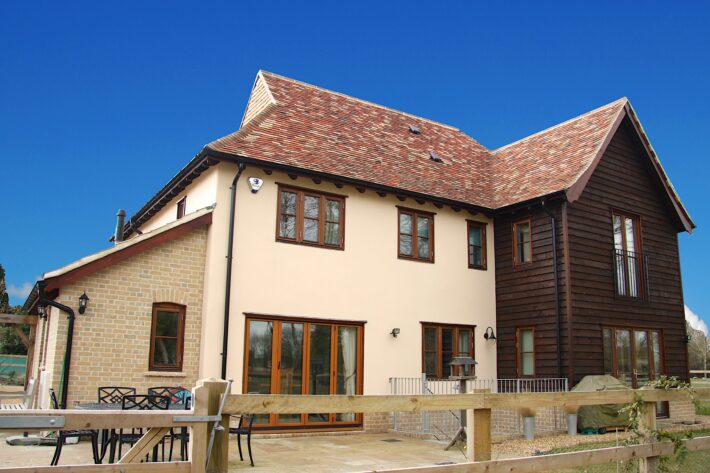 The plot had become seriously overgrown and you could not even reach the boundaries due to the amount of rubbish and dead trees on site. Work began by excavating the site which took 2 weeks, a further 3 weeks were taken to create the basement shell and a further 2 weeks to complete the concrete basement structure. In doing so, 150 lorry loads taken from the basement hole were used to level off the plot. 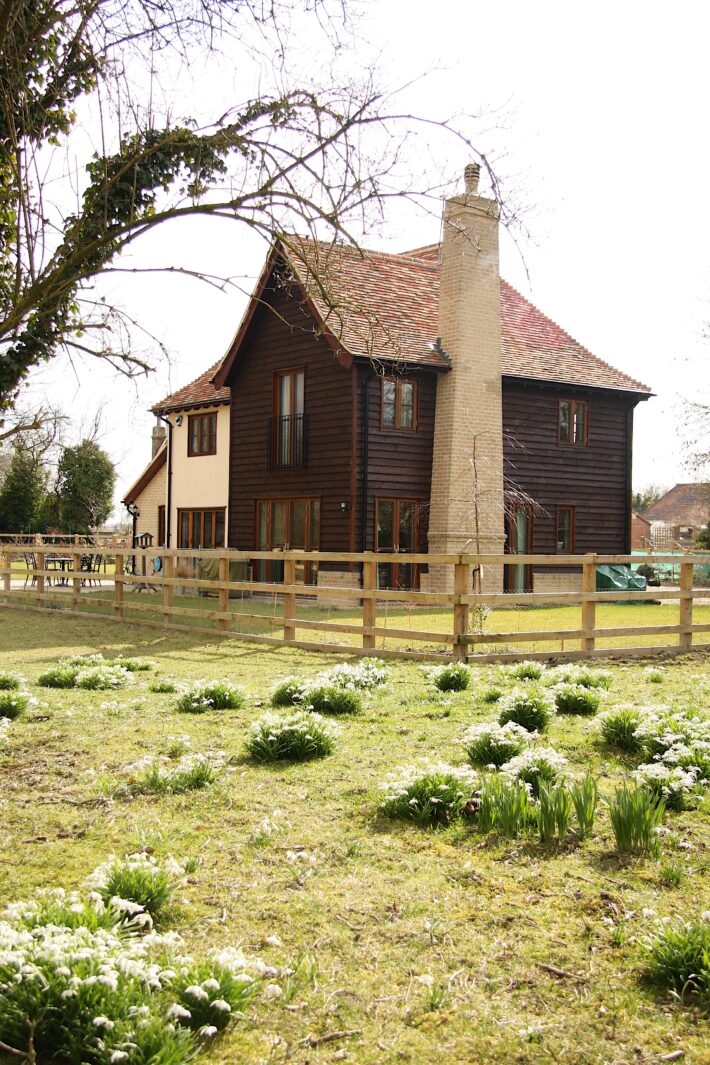 Possibly the most amount of time was spent turning the finished Timber Frame design into something totally in keeping with the East Anglian landscape. A mix of finishing was used – trowelled finish render, brick and boarding. The bricks were selected to match the buff style frequently used in East Anglia. The roof used a mixture of colours to create a Huntingdon mix to blend in better. 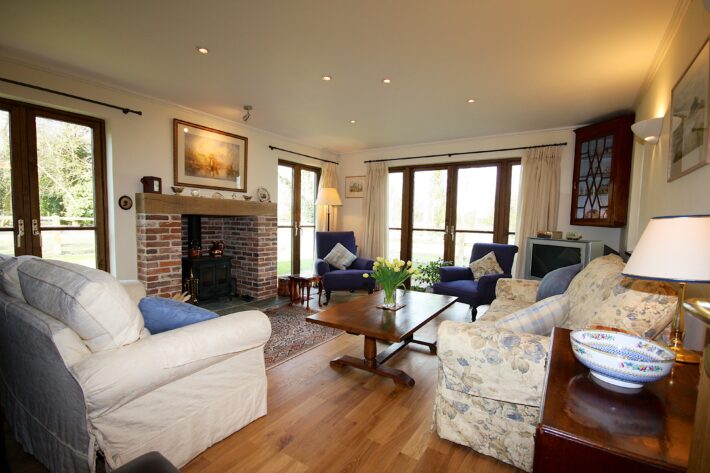 This new home is a very appealing advert for modern construction methods, not only stylish and elegant but highly sustainable. The timber-frame structure demonstrates very high thermal performance and coupled with triple-glazed windows and a mechanical ventilation heat recovery system means the finished building is extremely energy efficient. The well-insulated pre-cast basement makes the footprint area even more efficient. 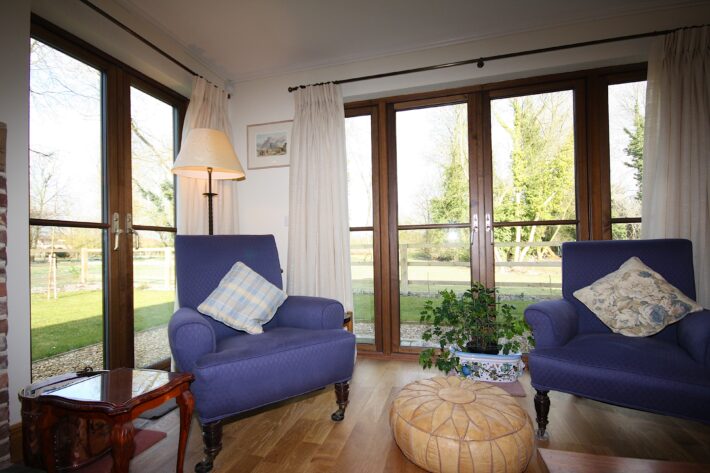 The end result is a stunning traditional style with hidden depths. The building control department were so impressed with the end product that they nominated it for an award. The success of the sympathetic design speaks for itself with Mr & Mrs Searles’ home winning the LABC East Anglia Best Individual House Award. 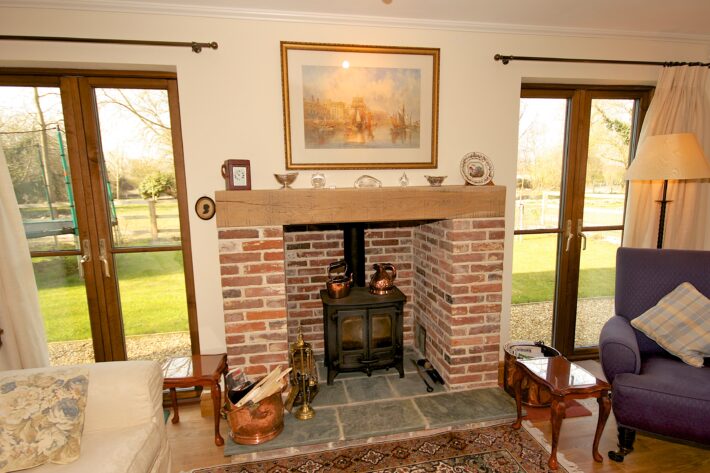 The couple are delighted with their new home and very proud of what they have achieved.

This home was also featured by the popular self-build magazine, Build It. Click here to read the article.