This beautiful beachside home was inspired by Mr & Mrs Johnstone’s love of travelling and all things nautical. 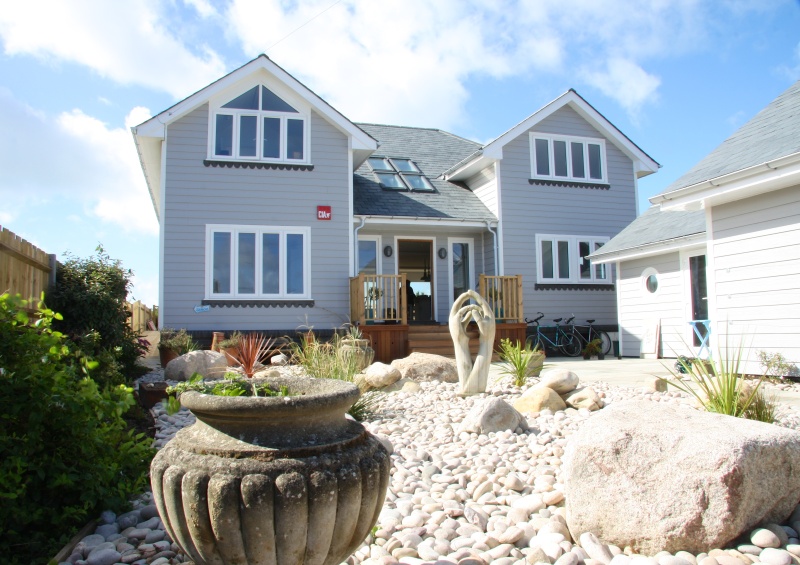 They decided they wanted to embark on the self build challenge and were delighted when a shabby “shack” became available to purchase. The little cottage was built in the 1960s and was seriously run-down. They had lived in the area for some time, only 5 miles from the plot, so knew the area well. As the Johnstones wanted to project manage the build, they decided to rent a property which luckily became available next door to the plot.

The Johnstones love to travel and were inspired by the properties they had seen whilst in South Africa which were very New England style. The vision for the home was totally self-inspired and the design was fully bespoke. Working together with Scandia-Hus, the final design followed the New England style exterior with a very open plan internal living space. The open plan design proved to be quite complex as they didn’t want any corridors and wanted to maximise on available space and light. To achieve this with the downstairs space was particularly challenging as they wanted the entire area to benefit from the view to the coast and, unlike many New England style builds, they did not want to live ‘upside down’. They also had to build 1 metre off the ground in accordance with the Flood Agency guidelines to prevent flooding as the plot backs onto the beach. 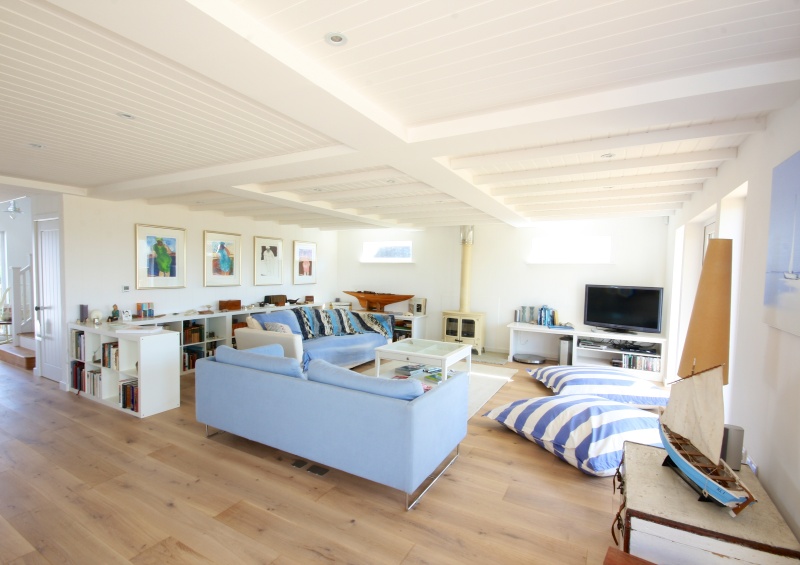 The journey through planning approval was incredibly straightforward and granted upon application, despite changing the build from a one to a two-storey dwelling and significantly increasing the overall size of the property. The planners were keen for the area to benefit from diverse designs and were very impressed with the style. It was very important for the materials used in the build to be of marine standard, given its location, so the Johnstones were very careful in their selection. They had to build to a very high specification to prevent the potentially damaging effects of the salt and wind. 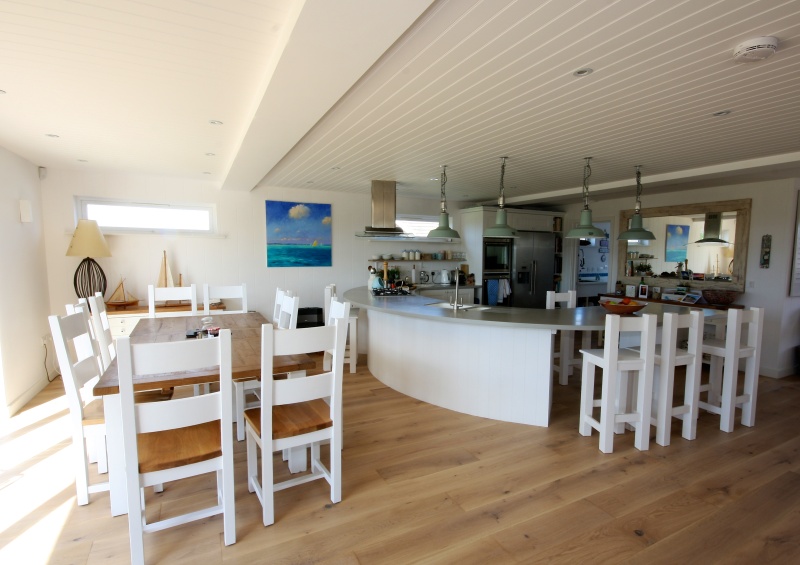 The Johnstones are absolutely thrilled with the end result. The living space achieves the open plan and feeling of light they wanted and fully benefits from facing the coast with even the kitchen sink and hob facing that way. The use of sliding doors and full glazing to the rear of the living area gives spectacular views of both the coast and the stunning garden which leads directly onto the beach. The feeling of open plan living continues throughout the house with even the sumptuous en-suite bathroom to the master bedroom being completely open and, once again, facing the coast for maximum impact and benefit. The interior design cleverly incorporates many features sympathetic to coastal living. The use of colours and many interesting decorative pieces, such as a sign pointing ‘TO THE BEACH’ ingeniously pull the outside living in.

Understandably, Mr & Mrs Johnstone feel very proud of what they have achieved and thoroughly enjoyed the challenge of self-building. They are so enamoured with their new home that, when asked if they would relish the challenge of building again, their response was that they have no need to because everything they wanted has been achieved with this build. 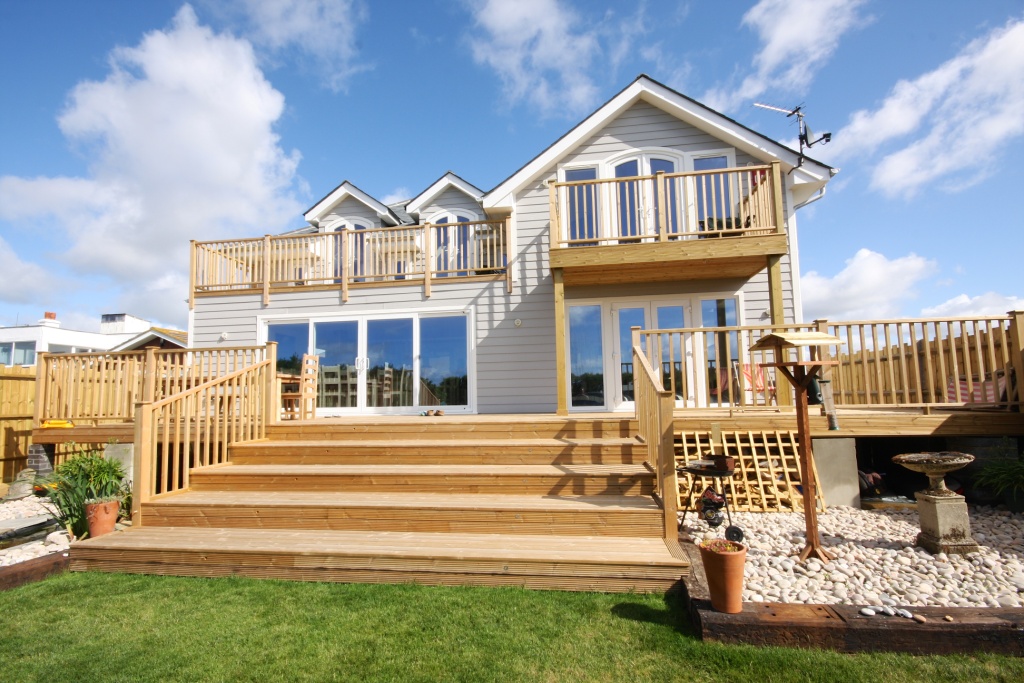