Graham Simpkin lived in a rented house on the seafront for five years whilst looking for the right location for his new home. Knowing he had to be looking out over the sea, he found his ideal site by chance. 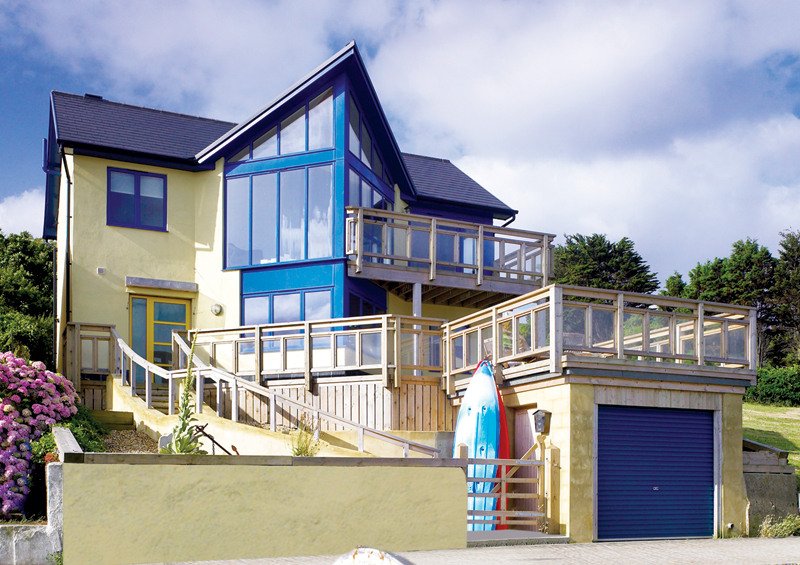 Graham had been told of a bungalow on the seafront on the North Kent coast that had burnt down following a gas problem and hadn’t been rebuilt. The site was in the middle of a line of about twelve properties facing the sea, with only a narrow promenade separating them from the shingle beach. All that remained of the original dwelling was the platform that the bungalow had been built on. Fortunately, Graham discovered that it had planning permission. With the help of an architect, Graham was able to pull all the ideas he wanted into his new design. Planning permission was given for his new home. 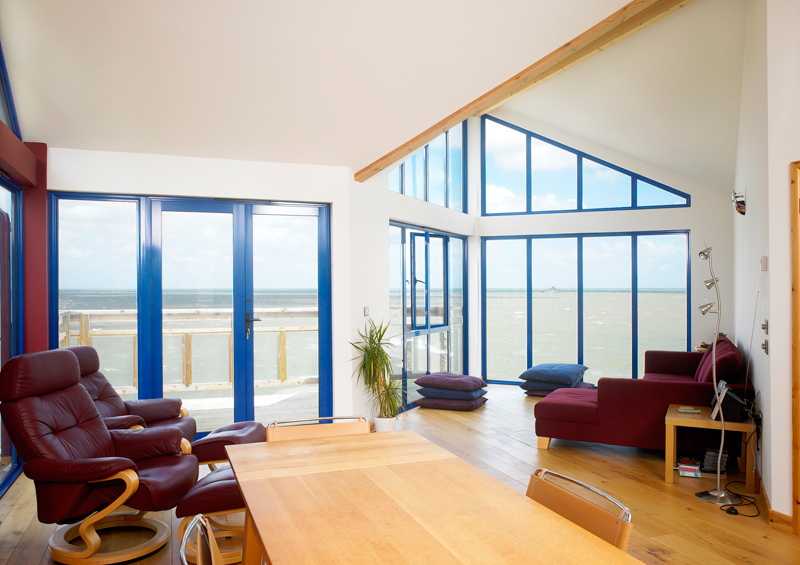 The location, although beautiful for its perspective, proved challenging throughout the build. One of the problems was that the nearest proper roadway is at the back of the site at the top of a very steep slope while the promenade at the front is a narrow single track roadway bordered in places by concrete walls and the backs of beach huts. Getting a large truck along the front to remove rubble was impossible so Graham wanted to keep to a minimum the amount of rubble to be removed. He decided it would be better to build on top of the existing concrete slab rather than removing it. This meant getting the planners to agree a new floor level. Some clearing had to be done and the boathouse had to be excavated. With the lorry parked at the top of the slope a four-wheel drive dump truck shuttled up and down removing the spoil. Since the soil is London clay and there is a history of subsidence in the area, Graham decided to use the Abbey Pynford House Deck System, to provide a solid foundation. The new deck is supported by mini piles which go through the old foundations and down 14 metres and are linked to a reinforced concrete deck. 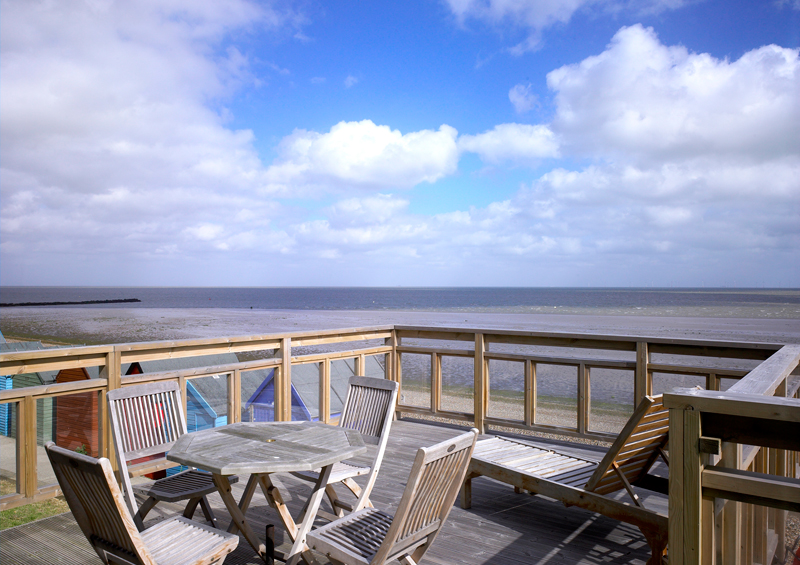 Graham was delighted with our bespoke service. We worked with Graham and with sympathy for the shapes and the support for the cathedral ceilings. Graham wanted to ensure that the overall look complemented the design so instead of standard steel beams we provided Glulam beams which are made from strips of wood stuck together with waterproof glue, rather like plywood on a grand scale. They won’t shift or crack and they look good. With his house facing the sea and with nothing between him and the North Pole, wooden window frames were not a good option. The solution had to be windproof and salt proof so colour coated aluminium frames were used. The timber frame was delivered on two articulated lorries which, much to the amazement of Graham and passers-by backed all the way down the narrow promenade. Within two weeks it was erected and covered with membrane to make it weather tight. Work then began in earnest inside. 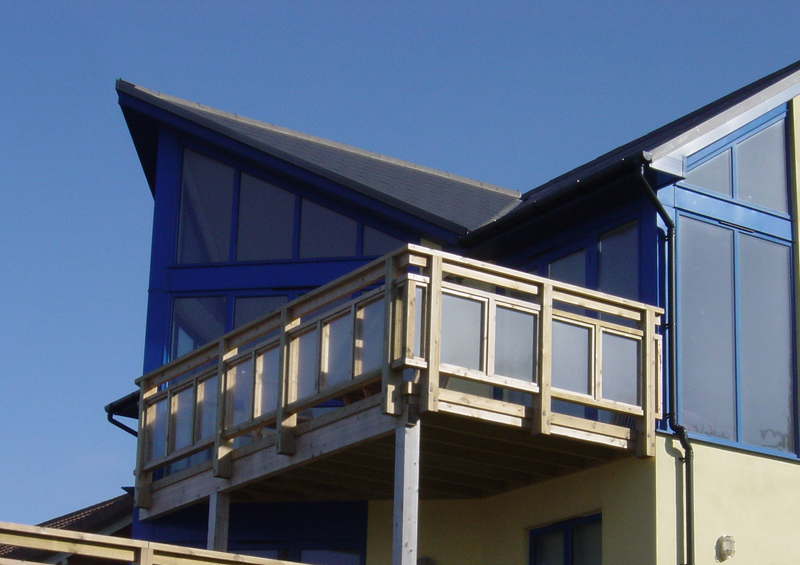 Graham’s finished home is an ‘upside down’ house with a large living/dining room the full depth of the first floor. This floor also houses the kitchen, the master bedroom and its en suite shower room. The ground floor has two guest bedrooms, a bathroom, utility room, study and a shower and sauna situated just inside the front door. Although the top floor is laid with French oak, the whole of the ground floor has been tiled so that it copes easily with seawater and shingle. The tiles, laid in straight lines all across the ground floor give a feeling of space. All the floors are kept warm in winter by underfloor heating. The living room on the first floor has been built with a projecting window to make the most of the stunning views, allowing the sun rise to be watched at one end of the room and the sun set to be watched at the other. The real extravagance of this build was the staircase. Graham wanted a spiral to provide a contrast to the angles of the rest of the house. The staircase has become the focal point of the house. A velux window overhead allows the sun to shine down the centre of the house, which is the location of the staircase. 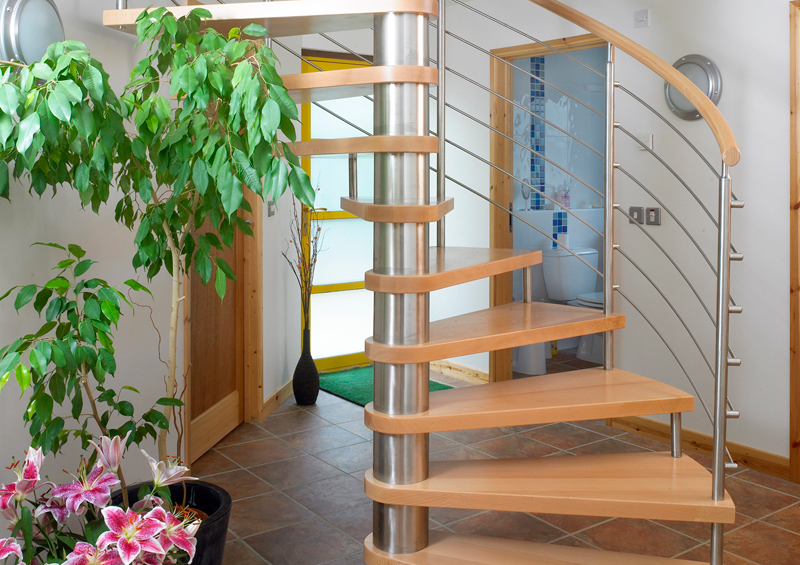 The end result is a home which is stylish, has a nautical feel, fits perfectly into its position, is extremely comfortable and quite unique.