After living in the family home in Cheshire for over 30 years, Graham Clancy and his wife decided downsizing would be a sensible next step for them. Their daughters had flown the nest for lives down in London, leaving the couple feeling that their property was now too large for just the two of them. Talking to a local estate agent, an idea was suggested of separating the garden from the house and selling it as a potential plot. A timber frame building, which had been utilised as an office, stood on the land which could be replaced with something more substantial. The initial plan had been to put both on the market, but a chance encounter at ‘Grand Designs Live’ persuaded Graham to think differently about the opportunity. 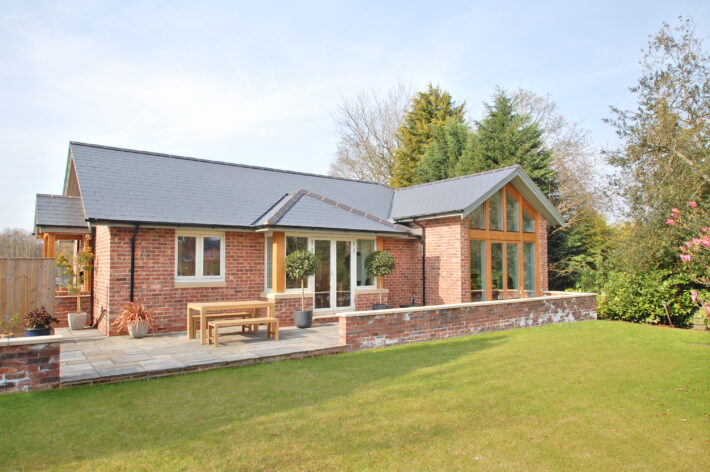 On a visit to the capital to see his daughters, Graham came across the build exhibition at the Excel centre and ended up perusing the aisles. Here he found Scandia-Hus and met project manager Gavin. Graham explained his situation and the pair discussed the possibilities available to him. Considering the options, Graham realised that building on the garden plot themselves would be the best way to move forward as they’d be able to construct a bespoke home that suited them and their lifestyle in the location they knew and loved. He had a good feeling about Scandia-Hus and sensed he could trust Gavin to help him through his first self-build journey, and so steps were taken to start the project. 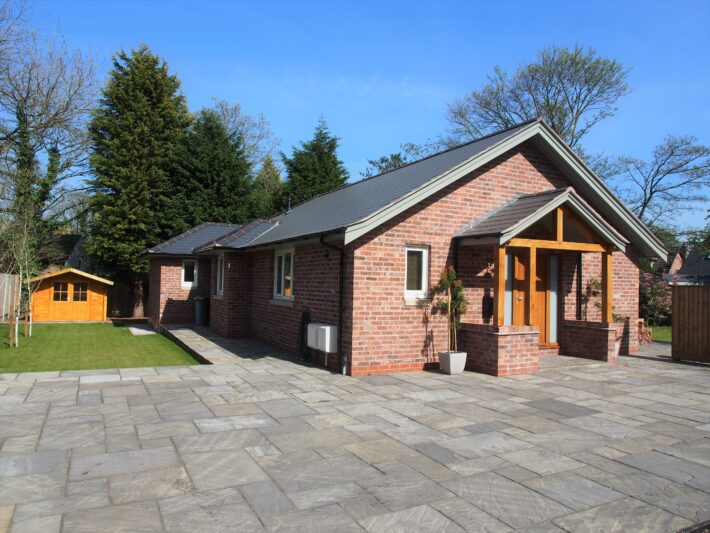 Gavin put forward the idea of using Scandia’s ‘Hawthorn’ design as a starting point since the footprint of this bungalow worked within the local guidelines and the pre-drawn plans could be easily amended and put into planning to determine whether the development was worth proceeding with. Graham modified the layout slightly to suit the site’s size and position, as well as adding a master suite into the eaves to create a chalet style property and using a finish on the exterior that was more in-keeping with the area’s style. 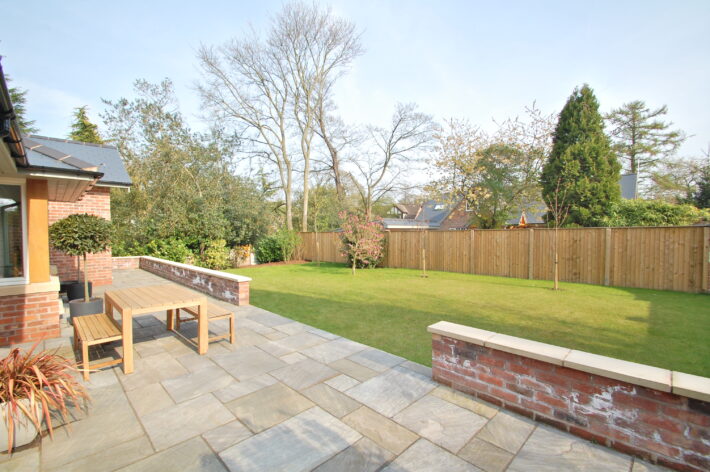 The principle of building a new home was accepted but the planners didn’t approve of the height, arguing that it was too high for the green belt area and taller than what was originally there. It was back to the drawing board. A total of three different roof designs were put through Scandia’s in-house architectural team until finally the planners would agree to give consent. The attic rooms had to be removed as the ridge height decreased so much as to make it impossible to occupy the space. It was a hard year-long battle with many re-drawings but they finally received permission to build in 2017. 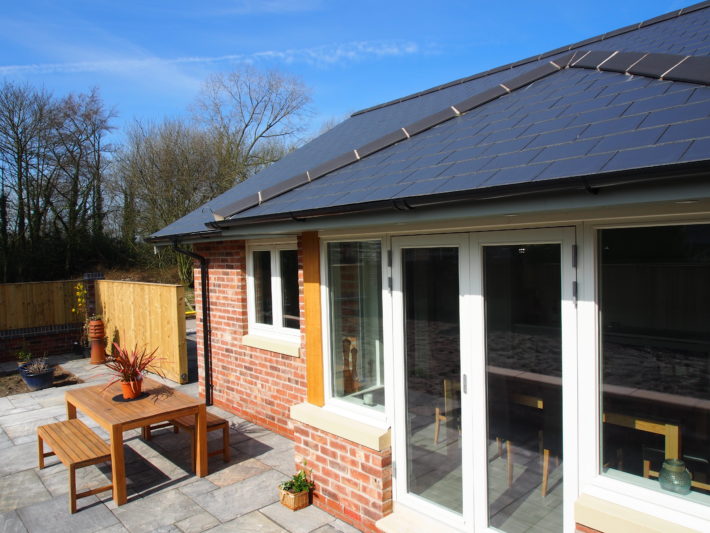 Graham decided to project manage the build himself but employed a local main contractor, recommended to him by a friend, who had the experience and network of trusted traders to be able to get on with the construction, advise and overcome any hurdle they may face. This was fortunate as the project came against issues almost straight away when there were problems pouring the concrete foundations. The day the lorry arrived was dreadfully wet and the trenches that had been dug were disintegrating due to the rain, with the sides collapsing in on themselves. Not only was the weather against them but then the lorry’s pump became jammed. It was a long day for the team, working late into the night, but eventually, the foundations were laid and Graham was thankful he’d put his trust in such a good builder who got on with the job despite the hard conditions. 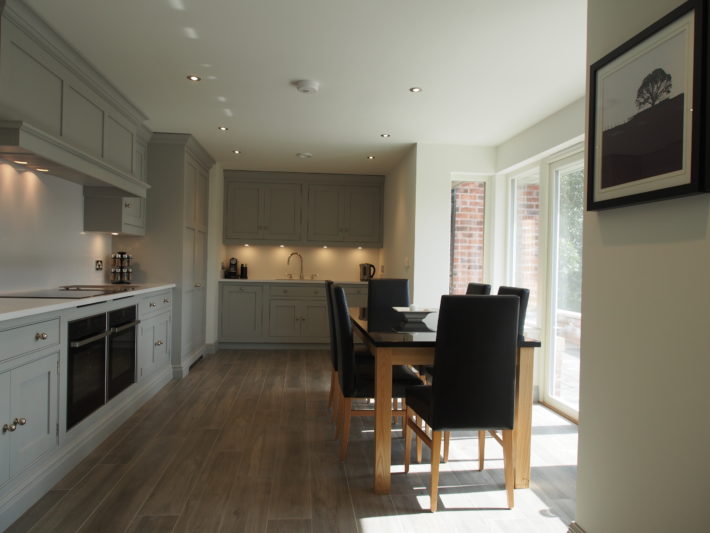 Fortunately, the next stage was easier and progressed smoothly; the timber frame was delivered and erected by the Scandia-Hus team swiftly on site, with the structure up within seven days. Scandia’s standard high specification insulation and triple glazed windows were also installed as part of the package to ensure an airtight and warm home. Thankfully there were no further major issues to deal with and the project was completed in a short eight months. The finished bungalow comprises a beautiful kitchen / diner, living room with feature gable end glazing, three bedrooms, a master en-suite, family bathroom and cloakroom. 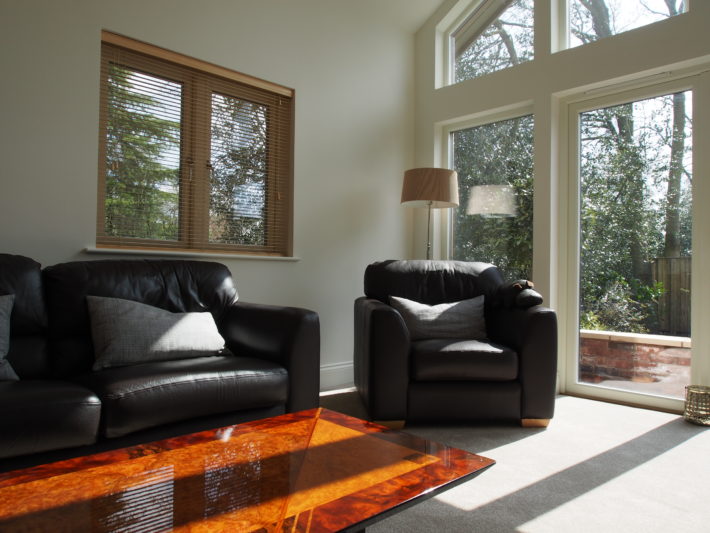 When the time came to move into their new home Graham and his wife were impressed by not only the quality of the finishes but the feel of the place. It felt sealed, secure and solid, no outside noise could be heard, even with an airport nearby, a great improvement from their original brick and block home. A complete convert from masonry construction, Graham loves the timber frame method. The process was efficient, with no mistakes made and a watertight structure in place within days. When internally decorating the couple found it so easy as they could screw directly into the wall to hang pictures, blinds and shelves. 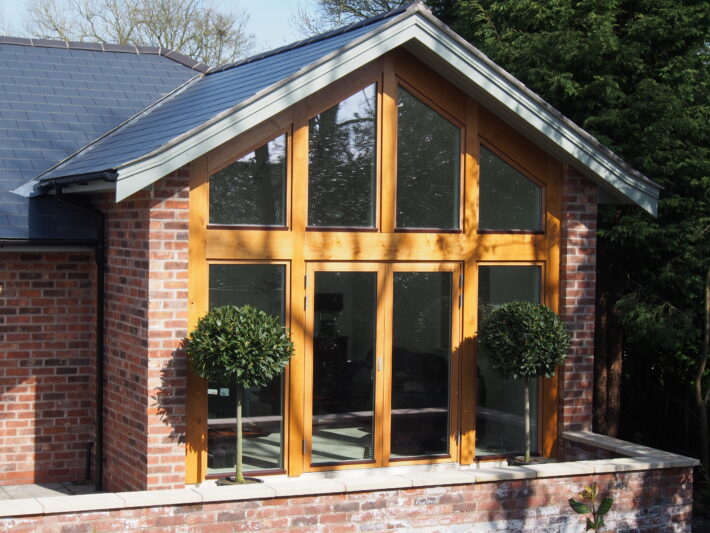 Graham enjoyed his time project managing so much, he’s decided to do it again! He is now in the process of constructing another Scandia-Hus on his site.

To look at the details of the bungalow design this home was based on, please click here.