This truly spectacular home is the result of quite a remarkable journey for its owners, Bill & Maureen Langridge. 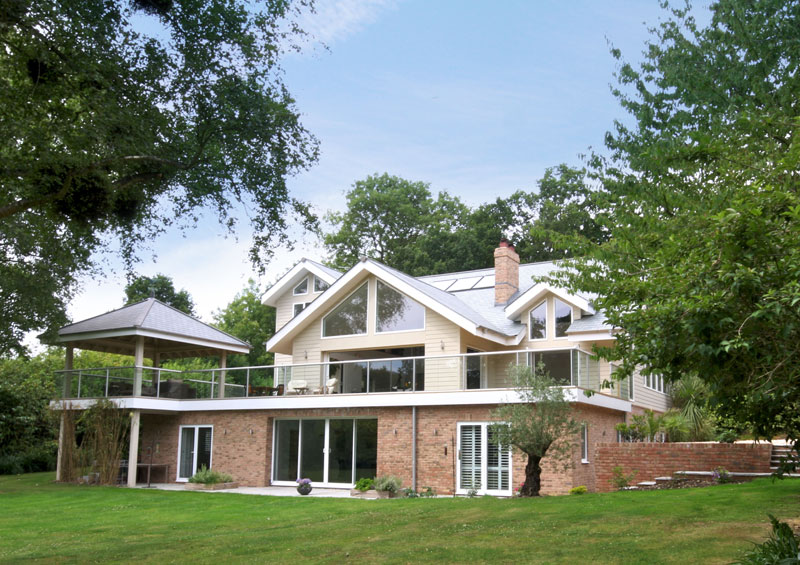 The original dwelling had been purchased upon the owner’s return from a tea plantation in South Africa and very much reflected that style of dwelling – it was built on stilts and included a substantial external decking. Bill & Maureen had lived in a house opposite and when it became available, they snapped it up. They immediately set about a massive refurbishment and upgrade. 14 years after living there, they felt it still didn’t do justice to the beautiful plot with its stunning views over the Sussex countryside. What happened next was as a result of Maureen asking if their bedroom could be extended! Being very knowledgeable about architecture and engineering, Bill set about drawing up some plans for a completely new home!

They decided to take a trip to the Grand Designs exhibition and came across a timber frame company from America specialising in high ceilings – a feature very much a part of Bill’s design. Feeling happy that this was the route they would follow Bill finalised the plans, got planning permission straight away and they flew over to Boston to place the order. They paid up front on the Monday, returned to the UK and what would happen next would shake their very foundations – the company went bust on the Wednesday! Having had the foresight to take out a bond against the order, they were ever hopeful they would eventually get their money back. It took a long time but thankfully they did. It wasn’t all bad news as since placing the order the exchange rate had improved significantly and the refund from the bond was far more than expected. Negotiations proceeded with three other timber frame companies and having got almost to the point of ordering, they too went bust. 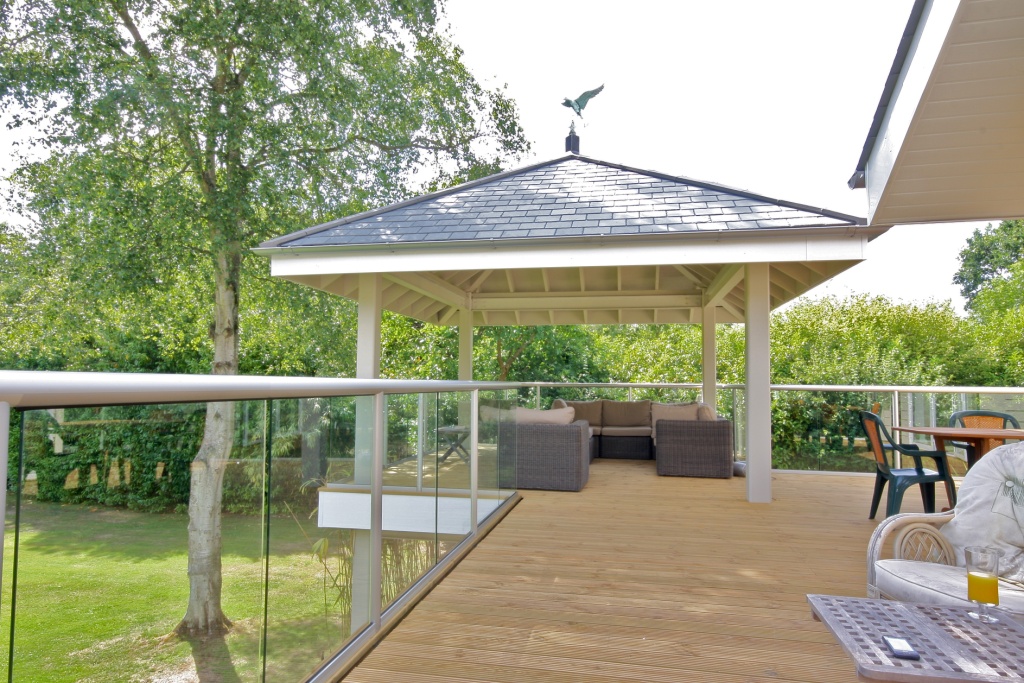 At this point, a friend recommended they contact Scandia-Hus and, as the couple say, from hereon in things just got better and better. They were delighted with all aspects of their dealings with Scandia-Hus – they recall the supervision of the timber frame delivery and erection as being perfect, describe all the staff involved as perfect and really felt like they were part of the family – quite an accolade, especially given the journey they had gone through to get this far.

The couple wanted to include a basement and so the soil test was based on a conventional build which was much more complex. Before the build could proceed apace, there was the enormous matter of soil clearance to be taken care of, resulting in 60 piles of 50ft of soil being cleared! Whilst this was in progress, the couple stayed in a mobile home on the site. Once the brick and block basement with its concrete floors was completed, Scandia-Hus were able to erect the timber frame and Bill recalls this stage as being a breath of fresh air. Bill continued to complete the project undertaking all the cladding and tiling himself. 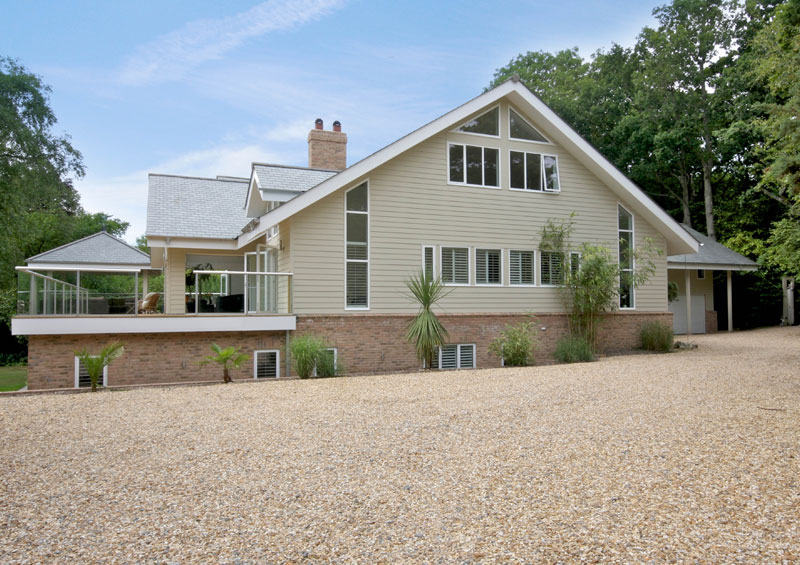 The footprint remains similar to that of the original bungalow but it is now a home over three floors, rather than the previous one and a half, resulting in a substantial 9.000 sq ft, including the garage and rooms above it. The couple got a lot of inspiration from the Grand Designs live exhibition. The previous home was very dark inside and they were keen to exploit every opportunity to make the new home as light and airy as possible and they have succeeded in this with flying colours. Many stunning and unusual features have been included, such as chains being used as downpipes. Their stunning home boasts 6 bedrooms, all en-suite, a games room, an impressive cinema room, a plant room as well as three storeys including two vast lounge areas and a sumptuous state of the art kitchen. All storeys benefit from underfloor heating, Velux windows and solar heating and themed lighting is used throughout.

They wanted a home to do the plot justice and this it does in abundance. The huge decking gives the maximum benefit of the views and the couple love to relax here watching the wildlife which regularly visits their garden, including Deer and Moorhens. Quite a journey but at least now they are able to reap the rewards of in style! 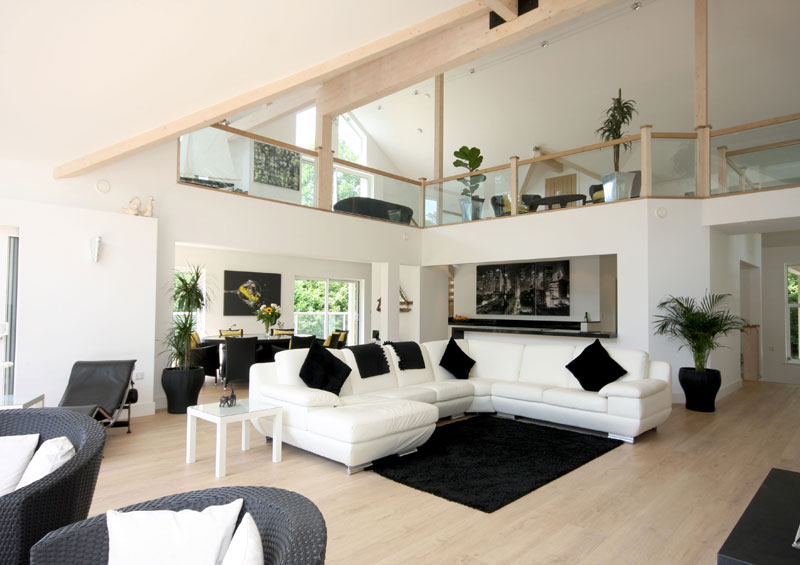 To look at this contemporary house design in detail, please click here.